Magic.  It’s the defining feature of most fantasy roleplaying.  Everyone who hears about it, about playing a Wizard in Dungeons and Dragons imagines this: 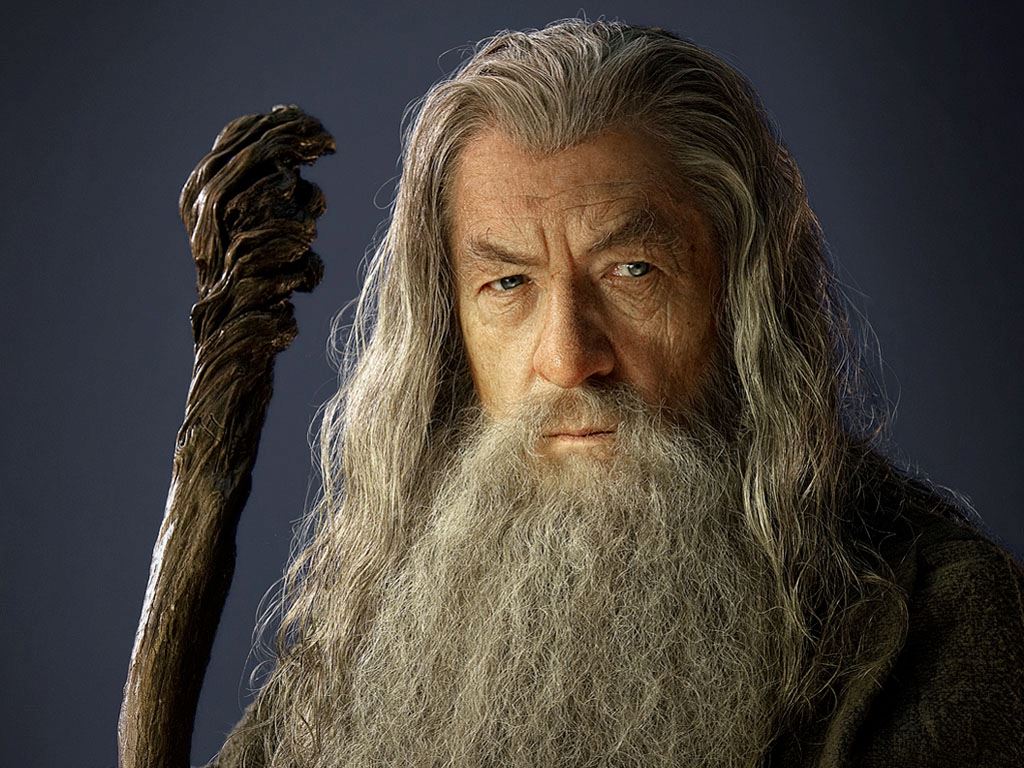 Unfortunately, everyone who plays Dungeons and Dragons gets something a little different as their starting, Level 1, Wizard:

Perf.  Wizard from JourneyQuest.  Lactomancer.  Or maybe you’d get Rincewind from the Discworld.  Whatever happens, you’ve got the character with the worst combat skills and lowest hit points, unable to use anything bigger and stabbier than a dagger.  Can’t wear armour as that would get in the way of those pesky magical energies.  Oh, and you’ve got 1 spell you can cast.  Once.  Per day.  Yep, you fire off that Magic Missle during round 1 of the first combat of the day and that’s you hiding at the back until you all hole up for the night.

Sure, once you get up a few levels you start getting some pretty decent spells you can cast more than once but until then the 2nd job of the rest of the party is “Keep the Wizard alive.”

And while you think about Gandalf, how many times do you see him cast Chain Lightning?  Or Fireball?  Or even something simple like Magic Missile?  3 whole movies and the best you see is one exorcism. He’s a Wizard because he’s got the hat, beard and staff and he’s told everyone he’s a Wizard – and they believed him.

Into the first category goes Dungeons and Dragons, 13th Age, Rolemaster, most all of the Old-School variations around today like Dungeon Crawl Classics, Castles & Crusades and the like.  Wizards start of weak and get more powerful in the interests of Game Balance and making sure everyone has fun.  The problem with Game Balance here is that the Fighter doesn’t get to use his sword just once, the Thief can’t pick locks just once in a game day, even the Cleric gets a wider range of powers.  But the Wizard gets 1 spell.  It’s not fair.

Into the second category goes Ars Magica.  In Ars Magica, everyone plays a wizard.  Everyone.   But you also play the whole supporting cast of their tower/mansion/castle/whatever – pick whoever’s best for the situation at hand.  Diplomats, soldiers, blacksmith, the works.

Every gamer should have a copy of Ars Magica.  There’s no excuse not to, really, as the 4th Edition is completely free – I’ll wait while you go to e23 to download a copy.  Sure, there’s a 5th edition out now but the magic chapter is largely the same.  So to add to the Sanity chapter from Call of Cthulhu, I’m going to pick the magic system from Ars Magica – that’s Chapter 5, starting at p102 in the 4th edition.

Most RPGs now break magic down into assorted areas – Illusion, Alteration, Necromancy and the like.  Ars Magica does a similar thing, breaking magic down into Types of Effect (Techniques) and Things to Affect (Forms).  Sure, there are sample spells in the list to give you an idea of what you could do when you combine, say, “Muto” (for changing things) with “Animal” (for living things that aren’t plants or humans), but if you want to give yourself wings you just need the right combination of form and technique (Muto & Corpus).  The flexibility in spellcasting is unrivalled – mix and match form and technique to get the desired effect and away you go.  You’ve got a limited number of points to spend when you create your Wizard, so an idea of what kind of Wizard you’d like to have is good, but a generalist with a few points in each is going to be more flexible than a specialist with lots of points in only 1 or 2 Forms and Techniques.

When you’re choosing your daily spells in D&D you can spend ages studying the spell lists to work out which ones are going to be best for the day ahead.  Or you could just pick “Milk” and “Vague” and hope the circumstances are right.  In Ars Magica you have the full range and flexibility of all your Forms and Techniques.  All day, every day.  A high-level Wizard in Ars Magica is a terrible and wondrous thing to behold.

Balancing such a powerful Wizard off against the other character classes would be tricky.  It would make the Wizard a far more useful and flexible character during the early levels of play.  I’d look to limit the maximum number of Forms and Techniques a character could learn, perhaps make some mutually exclusive – a character specialising in Fire magic couldn’t learn Water magic, for instance – or tie some Forms or Techniques to particular Icons in 13th Age so unless your character has one or more  positive relationship points with the High Druid or the Elf Queen you’re not going to be able to learn the Herbam form and affect plants…

Magic in more modern games is more likely to fall into the Ars Magica style of system.  The “Buffy the Vampire Slayer” RPG had an excellent magic system that will eventually be combined in the all-singing, all-dancing, “Beyond Human”, assuming it ever gets published.  Deliria has a good system, Dresden Files likewise.  But for Fantasy, it’s Ars Magica every time.