Kate’s showing off her wonderful taste in music this week, hoping the rest of us will show up with some interesting stuff to add to the mix.

But albums by male solo artists?  That’s where I start dredging the bottom of the barrel of my music collection.  All of the male artists I’ve got are the front men for some superb bands.  But, I think I’m close enough.  Ish.  Almost.  Well, here goes anyway:

Not a single bad track on this 1991 release from a rocker who’s still churning out albums now, over 20 years later. Feed my Frankenstein was made famous in Wayne’s World, there’s the monster guitar solo that is Wind-Up Toy, the yearning of Might as Well Be on Mars.  It’s brilliant.  A work of pure class.  And he’s hardly aged a bit, judging by the back-cover shot.

I first heard this album at the Millennium Dome where it formed the soundtrack to the central show, performed 3 times a day throughout the year the dome was open.  In all, we visited the dome 3 times and saw the show 8 times in total. Truly, wonderfully, amazingly, spectacular.  Even now the memories of it bring a shiver to my spine and a smile to my face.  We were some of the lucky few to catch the very last performance of Ovo.

My wife and I differ in our opinions of Fish.  I rather like his music, she’d rather cut my throat with the edge of the CD before disposing of the murder weapon in the incinerator.  Old Crow, on this album, is one of my favourite tracks by what I reckon you could consider a solo male artist.  Though The Company, on “Vigil in a Wilderness of Mirrors” beats it for the top spot, this album is the better all-round. 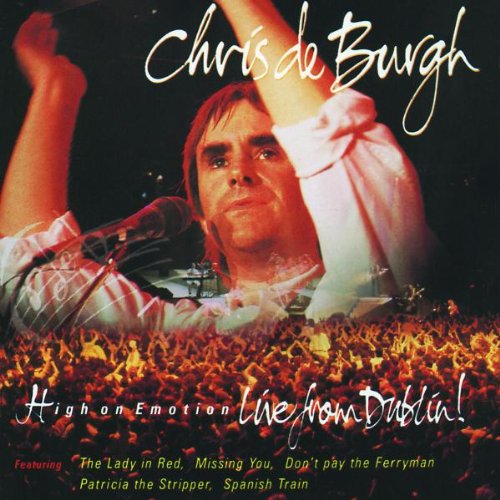 I love live albums. Love ’em.  Although I may not always get along well with Mr deBurgh (Light years are a measure of distance, not time, you plonker) this is an absolute belter.  Get it on the stereo in the car, crank it to max, and let those cannons roar revolution!

I’ve been struggling with the question “Which one’s Pink” since it was first voiced on his album “Wish you were here”, but I’m putting that aside to say that this is one of his finest albums.  The last track, High Hopes, is one I want playing at my funeral.