So the Listography challenge from Kate Takes 5 is 5 of the best anything. Right…

Best knife in my kitchen.

This beauty is the lightest knife I’ve ever handled.  It’s got a ceramic blade, it’s so damn sharp – even sharper than the finest of the Global knives I’ve sharpened myself on a whetstone.  They’re well worth the outlay.

Best album in my collection 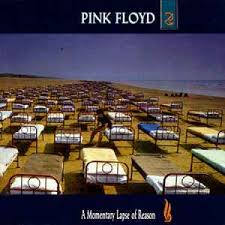 Pink Floyd, A Momentary Lapse of Reason.  No arguments, no questions.  Moving on.  Yes, I had this on vinyl.

Best movie adaptation of a story.

The Thing.  No, not the 1950s anti-Communism one but the 1980s John Carpenter movie.  First off, it seems the people involved have actually read the short story.  Secondly, the special effects are absolutely inspiring for the time (bonus points for very creative use of a man who has actually had both arms amputated just below the elbow).  Thirdly, an excellent ending.  Fourthly, the soundtrack.  I can’t hear the music without getting chills.  Hell, I can’t even think about the music without getting chills!  Composed by Ennio Morricone, a man more used to Westerns than horror (check out his credits at IMDB), who delivers such an amazing score.

Other movies have done a decent enough job with their source stories.  Silence of the Lambs was a far better book, though.  Stardust was a very good film but not particularly faithful to the original.  To me, The Thing takes the original story and works magic with it.  If you’re interested, it’s a novella entitled “Who Goes There?” by John W Campbell.

After seeing the movie for the first time, a friend of mine ran a Call of Cthulhu one-shot scenario based on the game.  He happened to have the soundtrack CD.  Hands down one of the top 10 best gaming sessions I’ve had.

The Hollywood Tower of Terror.  Best rollercoaster is a toss-up between the Rock’n’roller and Space Mountain Mission 2, but the best overall ride is the Tower.  The atmosphere! The Twilight Zone references all over the place!  The ride itself is a superb mix of mechanical and visual effects.  I’ll say no more!

Moyo.  For those who don’t know, this is the in-house restaurant at the Spier estate in Stellenbosch, South Africa.  You dine in treehouses, entertained throughout your meal by an assortment of travelling players ranging from musical groups, solo singers, close-up magic, face-painters…  And it’s a buffet with a huge range of African cuisine on the table.

Second to this would be Sundowners in Plettenburg – can’t beat their calamari with a can of Hunter’s Gold.